The Canary and the Eagle

Singing from it's golden cage,
the beautiful canary called eagle.

"O mighty eagle, my royal eagle, soaring high in the sky why you miss these comforts, I want to pry. Come here, live with me. For the comfort is here and also great glee"

"My dear canary, your voice is sweet and words are sweeter.But you live in a gold prison, you live on the fritter.I am free, I live high.Please Don't bother, I already touched sky.

Such is my power, such is my might.I boldly go to places, where there is no light.High in hills, lies my home .big is my territory, I am troubled by none.

Leave the cage, come with me.You will be happier, you will be free.But don't ask me to stay, I will flee.Because I am an eagle by birth, and eagle I will be."

Passing through the side of lake, he gazed to the Ice-cream parlor.  A sudden memory of her passed through his mind.
The lake was their favorite spot to hang-out. He would pick her up from near her home and they would go to the lake every evening. The lake was an attraction point for love-birds of the city. It was adjacent to the road full with road-side snacks, touts, vendors and small kiosks, the lake would shine out in evening in bright lights and glimmering youth. Opposite to the road were small restaurants, fast food centers and gaming parlors.
This was the place where he had planned his future with her. Walking by the side of lake hand-in-hand, they would talk endlessly about thousands of topics. He would gaze in her eyes that only saw him and she would keep her head on his shoulder. He was proud to have her. "Stay five minutes more.", he said to her. "Arrey mom will scold me if I get late again". He knew she would complain but would stay on his request.
"Ice-cream..?",he asked her. "Yes.", she said with her glittering brown eyes. It was their routine. He always offered her an ice-cream while leaving and she would never deny it. "Which one?", he asked with his hand on the glass cover of the fridge. He knew she would never go for anything else but Vanilla but it gave him an immense pleasure to repeat the question everyday for no reason. "A vanilla with cone", she replied. And then he would order vanilla for him as well even though he liked strawberry just to make her happy.
Everything was perfect. But one day she just left him and married another guy her parents found for her. She informed him of it on one last phone call and broke all contact with him.A tear came out of his eye with all the memories but he was quick to wipe it down and proceeded back to the parking.
______________________________________________________________________
There he was, at the lake again. But he was not alone this time, His parents had found a suitable girl for him and have asked him to take her out with him to have some conversation. He had already said yes to her disregarding any thought of another love in life. He looked at her again, dark long hair with even darker big eyes, face all blushing just with the thought of being with him, and a dimple on right cheek would company her pretty face when she smiled. "Do I even know her.?", a thought crossed his mind.Done talking with all the regular things, they started to walk to his bike when out of habit he asked," Ice-cream?". "No.", she said blushing. "Come on.",he said and took her with him to the parlor. As usual it was full with lovely couples, newly weds and children."Which one ?", he asked her with his hand on the glass. "Strawberry", she replied instantly. "I like Strawberry only." He looked at her with surprise and for the first time in day he smiled, for the strawberry he had found which was lost all the time in vanilla. 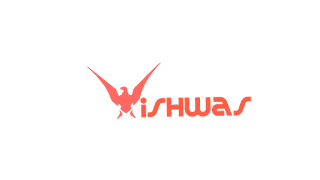 It was 10 PM. Hemant rushed to the empty parking lot cursing his boss for making him stop for so long on the last day of week. He accelerated his Maruti SX4 with a full blow and drove it out of the company building.

Working as a sincere PR manager in this only 2 year old company, with a 5 figure salary, 28 year old Hemant was surely the most eligible bachelor. "Beta, please come home if you are free tomorrow.” mom had already told him in morning. "It must be another girl they shortlisted for me, what if I don't go at all?” he thought. Hemant always avoided marriage as he thought it was time for him to work rather than to marry.

But he absolutely had no reason this time to skip this visit. His town, only 200 km away from the city was the frequent weekend resting place for him as it was calm town and it would take him only 4 hours with his car to get home. Usually he would travel back to home in night immediately after leaving his office, reaching home midnight which would give him next day free to talk with parents and meeting friends.

Only if he hadn't been stopped in the office up to 10PM for some presentations he had to work on.
"Damn, I would have covered half of the distance by now." He thought to himself.

Playing "Guns and Roses" on DVD, his personal favorite in a full blast, he drove his car out of the city and joined the highway. A sudden urge to pee made him stop the car to the corner of road. 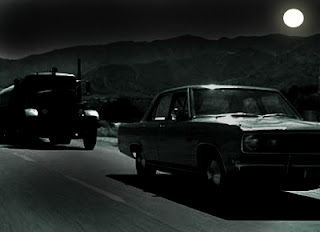 Getting back in the car, he checked his hair in the side mirror and started to drive back.
Poww.... Poww-poww... Suddenly a big truck behind him started to blow horn loudly. It was a black tanker with a "Kal-Bhairava" between its headlights. Hemant gave a space to truck to over-take, but the truck didn't overtake him. Instead it started to come close to his car. In panic, Hemant raised the speed only to find that the truck was following him with a great speed. "Fuck Volvos", Hemant cursed. The truck was clearly seemed to follow him with a bad intention. Now it was flashing its lights in high-beam making driving the car difficult for Hemant.
"Maybe I should stop the car so that the truck will pass," Hemant thought... "no.. !it would surely hit me if I stop in the way..", another mind said.
Meanwhile, the truck has become more aggressive and was following Hemant with a very low space in between them. Suddenly truck hit the rear side of the car. Hemant was really horrified now, and instead of stopping, hit the accelerator with full strength.
"Damn, I should have listened to boss's advice to not drive in the night," he was thinking. He took out his mobile to call police only to find himself out of the coverage area.
The first place he knew would be safe was still on 8 kms, a Petrol Pump from where he always used to fill petrol as it was cheaper than the city and the only petrol pump to accept cards on the highway. With the maximum possible speed, he rushed to the petrol pump. He had leaved the truck behind for a couple of minutes in which he reached to petrol pump.
"Now there is no way for the trucker to hit me as I am out of car and it would be a difficult for him to hit it inside the short space in the pump-area.", Hemant thought. Getting out of car, he shouted to the old attendant, “thousand" and rushed to see the damage to the car. Checking his mobile once again out of coverage, he asked attendant if they had a land-line in the office. Smiling mysteriously, the old man said, "Yes, but you will have to come inside." As soon as he turned to go inside, "the truck" entered speedily in petrol station area. Panicked Hemant started to run towards the office but got surprised when the truck stopped at another end and a sardarji jumped out of it. "Ok, so now it's a fight time" thought the Hemant and clenched his fists. Sardarji ran toward him and instead of attacking him shouted, "Thank God, nothing has happened to you". Surprised Hemant was just in shock looking at the unexpected behavior of the driver. "I was trying to warn you with all those beams and mistakenly hit you in the process… Please tell me, who is that person with knife in your back-seat?” Sardarji asked.
_ _ _ _ _ _ _ _ _ _ _ _ _ _ _ _ _ _ _ _ _ _ _ _ _ _ _ _ _ _ _ _ _ _ _ _ __ _ _ _ _ _ _ _ _ _ _ _ _ _ _ _ _ _
“So it was like this, when you stopped the car to pee that person must have entered inside without you noticing him. I was behind you and so I could see him every time he pulled the knife and tried to hurt you. With my high-beams, ram, he got scared for some time while you got time to get to petrol pump, Ha-ha”, Dara the sardarji said to Hemant. They were having a nice dinner on the dhaba beside the petrol pump. The person with knife was identified as a psycho road killer and was arrested by high-way police from petrol pump after a call by Hemant from phone in petrol pump leaving Hemant and Dara at dhaba to discuss about the life.
“So, What are you going to do now?” asked Dara.
“I think I am going to marry soon.” replied Hemant.
-----------------------------THE END-----------------------------
By: Vishwas

He had just entered the café filled with the strong aroma of coffee.almost instantly, all eyes were on him.With his 6 feet height, tanned complexion and strong athletic body, it was obvious he had a pleasant dashing personality. His sleeveless Diesel T shirt, ripped jeans and a beautifully intricate , thick gold chain in his neck made him look like another 25 year old,only much more better..

All the girls in CCD suddenly felt like they had fallen in love with this hunk.
Nisha liked his high-pink cheeks which were like those of baby boy.
Saina loved his two shining eyes and the tattoo of Om on his chest visible through wide neck t-shirt .
Alisha was just too infatuated by his looks and the expressions those eyes conveyed angry yet surprisingly relieving and courageous,she got smitten just by the way he looked at her face, not even moving his eyes below her neck like most other guys.

Avoiding the glances of beautiful girls and stares of their jealous boyfriends he proceed to a corner table in the cafe', where he took a tissue-paper and started scribbling something on the paper.
Alisha had just gone mad for him.

And hence another blog..!

Why another blog when you already have one..! someone would definitely ask this question..!
So... at the very eve of this blog... i clear it's reasons..!
1. My previous blog is marathi: Clearly, it reduces it's scope very limited people..!
2. Google provides blogs free: no need to explain..!
3. I need some-place to do timepass as well..!
Posted by VishWaaS- KoYoTe at 12:29 0 comments

Some Other Idiots of my category..!